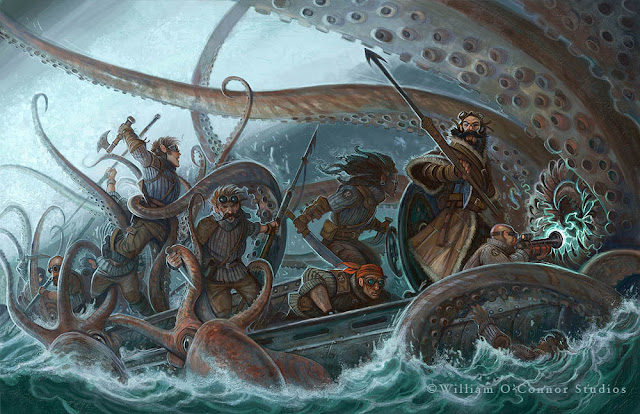 I am very excited to be able to share some of the work that I have done for my latest illustrated book 20,000 Leagues Under the Sea by Jules Verne.

This project has been under development for nearly 20 years!  I first read the book in 1995 and immediately became fascinated with the exciting imagery that Verne described in the text.  My first interest in the story was to see how accurate Verne had been in his wonderful descriptions.  I was surprised by how different the text was to all the previous depictions that I had seen during my childhood.  The story of Captain Nemo was much darker and more mature than the children's versions that I had experienced.  Also, Verne's detailed schematics of the ship, equipment and locations were so specific I wondered if they could be rendered based solely on his writings.

Beginning with the design of the Nautilus itself, I mapped the schematics that Verne related in the text down to the last detail and discovered that they made for an extremely believable ship.  The design that I rendered was word for word with he text, making a lovely vessel that was true to the story. 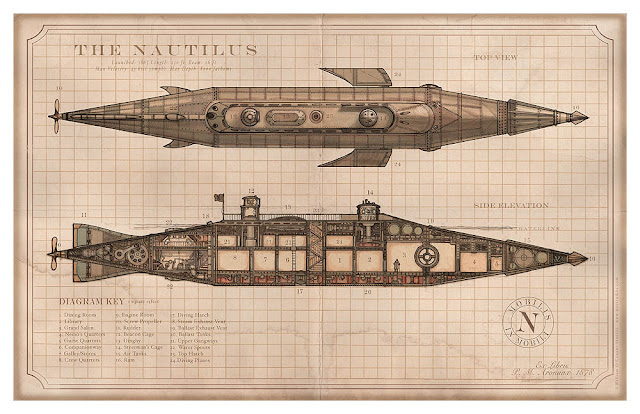 In the late nineties I had enough artwork to shop the idea to several publishers.  My result was editors responding saying that they liked the artwork, but that they already had an illustrated version of this classic.  My endeavor however was to create a full unabridged and illustrated edition which had never been done before.  Despite the rejections from publishers I continued to work on the idea for the next several years on and off.

Around 2010 I struck upon the idea of a Steam Punk version, seeing that genre becoming popular with the public.  Re-reading the text again for at least the fifth time I produced detailed schematics and some new artwork with this theme in mind.  In 2011 Sterling publishing contacted me to let me know they were interested.  They too were interested in the fact that an illustrated unabridged text had never been available and we soon contracted the book to be completed.

The research and creation of the hundreds of pieces of artwork to be included in the book was daunting but enjoyable.  I wanted the book to have the same feel of the great Golden Age of Illustrations classics by Pyle and Wyeth.  It has been a long road to see this book come into production, but one that I hope the readers will appreciate as much as I did creating it.

to purchase this book visit: 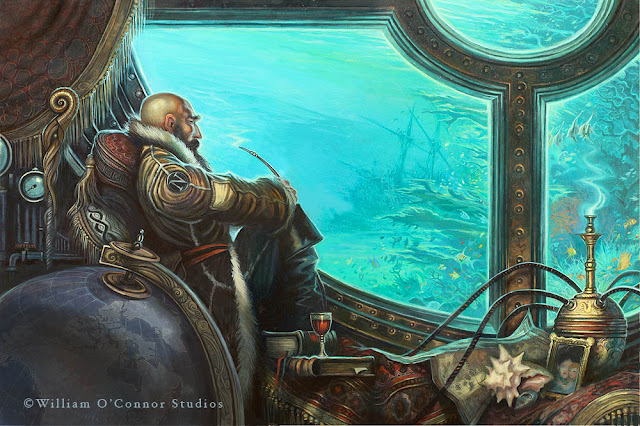 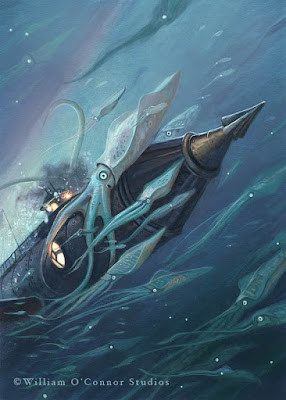 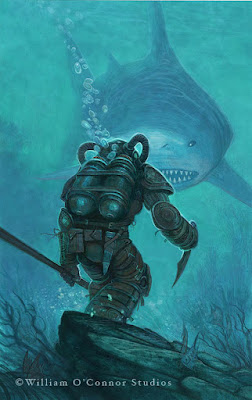 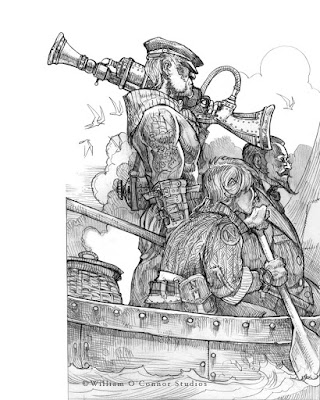 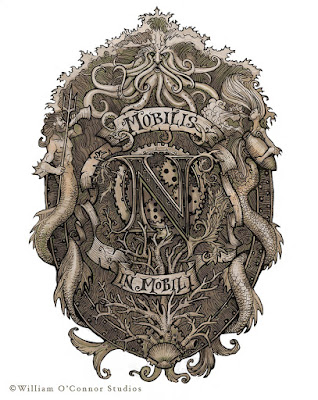 Posted by William O'Connor at 3:15 PM