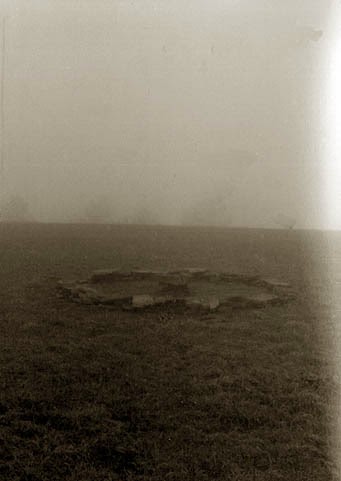 In the spring of 1992 I was a senior art student at Alfred University.  I had spent four years studying art, history philosophy, and literature.  I had met a whole cadre of new people, and the person I was leaving was very different than the person I had been when I had arrived as a high school student of 17.  Hundreds of paintings, dozens of sculptures, thousands of photographs, a half dozen acting roles and my first illustration commission, and I was leaving, forever, for the real world.

Most seniors just carve their names into a tree or a dorm wall (which I did), but I wanted to leave something bigger.  Something that really spoke to my transformation as a person, and that truly marked the places that meant the most to me.

Alfred was a rural college.  A short walk off campus you could climb the fields and hills that overlooked the campus valley, listen to the carillon echoing and for four years I had climbed those hills in rain and snow and sun, and they had a lasting effect on me.  In April of 1992, with my graduation looming I began reflecting and to construct a monument to my time at Alfred on the green hills overlooking the valley where I had spent so many pleasant afternoons wandering. I began with one stone.  That one stone became more and over the next several weeks as I returned to the hill top and lugged the heavy slabs of rock that generations of farmers had discarded to the wood line back into the center of the field.  What had started as a simple cairn became a stone circle, about ten feet in diameter, approximately three courses tall.   In the end I felt satisfied and upon my graduation I left Alfred expecting never to return, and assuming that the circle would be plowed under the following spring.

Today, I realize with the advent of satellite photography that my little stone circle, 22 years old at the time of this blog, still stands, much to my surprise.  If you are ever in Alfred New York, and happen to climb the Pine Hill just south of campus, up the fire road, past the water tower and into the fields.  At the top of the ridge you should find the broken remains of my stone circle. 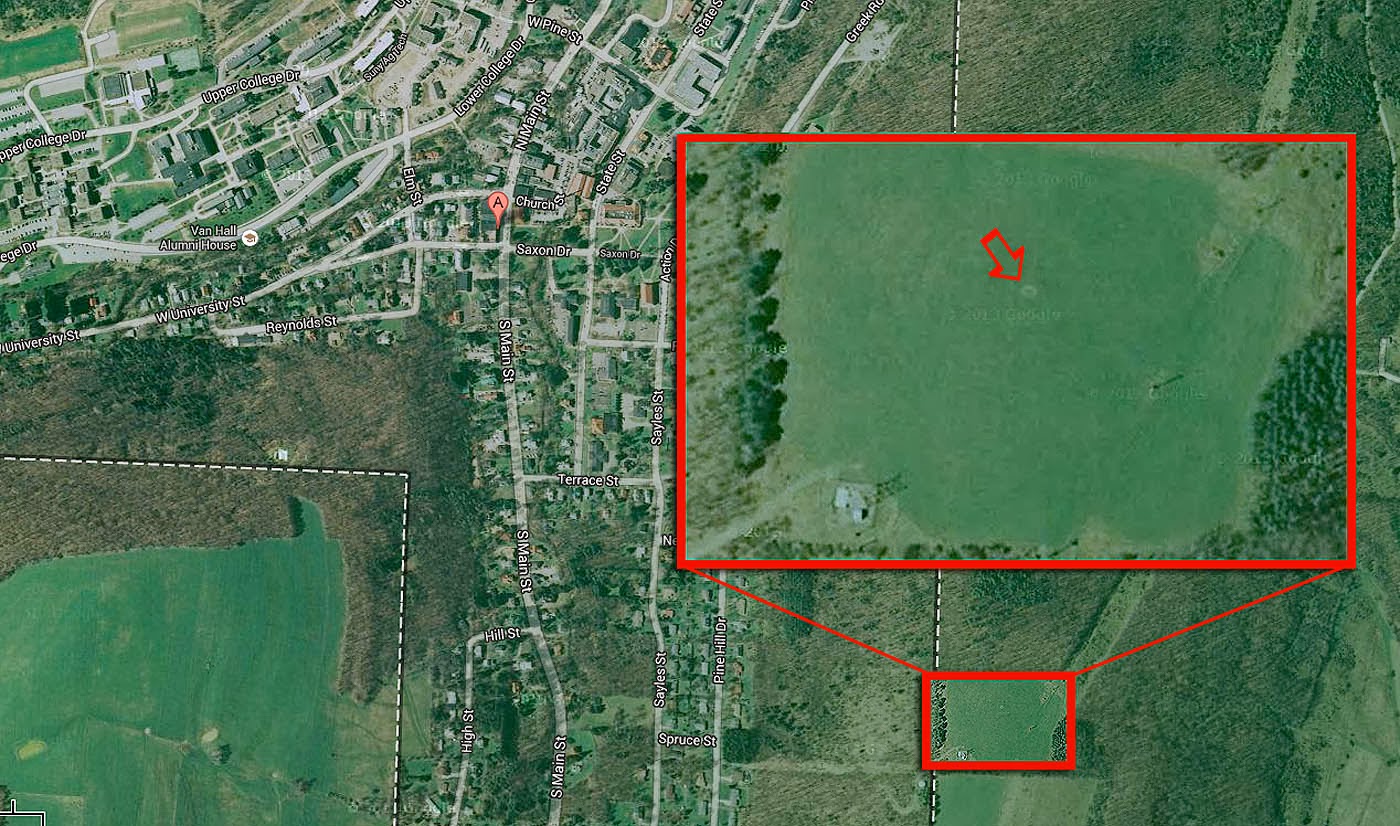 Posted by William O'Connor at 6:27 PM No comments: