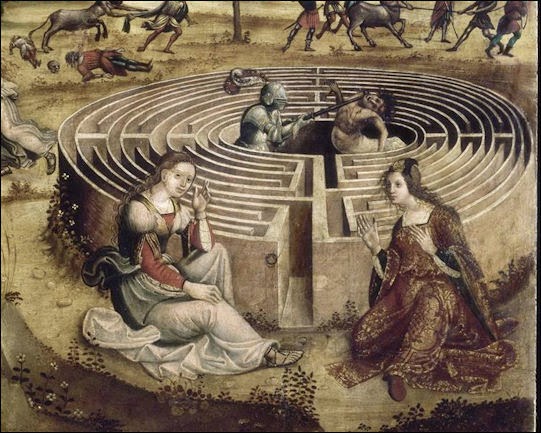 Recently working on a concept project for a client I have been exploring the art and the myth of the Minotaur. At first glance we are all familiar with the fantasy monster of half man -  half bull that lurks in the bowels of ancient labyrinths. This has been a staple of gaming and stories for decades and I myself have faced innumerable minotaurs in cavernous hallways, dispatching them with sword and magic in everything from Dungeons & Dragons to World of Warcraft.

The original version of the Minotaur story begins in ancient Greece. The monster that is half man half bull is also the half son of King Minos of Crete, born to queen Pasiphae who indulged in bestiality with a bull. Minos imprisoned the monster in an elaborate labyrinth designed by Daedelus. Every year seven youths are sent into the labyrinth to be sacrificed to the Minotaur. The hero Theseus famously brings a spool of thread which he unwinds behind him, and once slaying the monster, follows the thread backward to escape the labyrinth.
But, I’m more interested in the character of the Minotaur himself as an archetypal figure. He has the intellect of a man and the violent virility of a beast. In classical philosophy this was known as the Dionysian/Apollonian Dialectic. The discourse among philosophers such as Socrates as to whether Man was an intellectual creature or a physical creature. Dionysus being the god of hedonism and physical pleasure while Apollo was the God of the arts and science. The Minotaur was a physical manifestation that Man had aspects of both. The cannibalistic devourer of human flesh (figuratively and literally) and conceived by the lustful infidelity of the queen with a bull. This hideous offspring is unwanted and unloved by both his parents and locked away as an embarrassment, while his sister Ariadne is beautiful and adored by everyone. The motif of the labyrinth or maze is universal throughout many cultures as representing the twisting and turning of the path of life, adding to the complex symbolisms of the Minotaur myth.

By the time of The Age of Reason in the 18th century philosophers such as Descartes and Hobbes began to further explore the Duality of Man, later explored by Mary Shelly in Frankenstein (1818) and then Freidrich Nietzsche in Birth of Tragedy (1891). Was Man an animal with the mind of a god? or a god trapped in the body of an animal? and in what combination did these two aspects of the human condition struggle with each other?
In the 20th century the advent of psychoanalysis began to codify this duality into a science. Freud’s theory of the Id versus the Ego and Yung’s development of the concept of Archetypes became the leading theories of the day. The most notorious of artists to explore this theme of the Minotaur was Pablo Picasso. Having spent much of his adult life in dramatic and destructive relationships with a series of women Picasso explored the theme of the Minotaur in a series of drawings and engravings to try to better understand his own subconscious, that of the lecherous, adulterous man who devoured women, in conflict with the intellectual artist who created paintings.

Today as I explore the infinite realms of the internet I find that depictions of the Minotaur are more common than perhaps anytime in history. In 1979 Ridley Scott produced a sci-fi reimagining of the Minotaur story with Alien, where a group of sacrificial space-miners are hunted in a labyrinth of hallways and access tubes to either be devoured or impregnated by a horrific monster. When concepting the Alien, artist H.R. Giger was noted to have said that he gave the Alien a decisively phallic shape, because that people are equally terrified of sex and death.  Most recently, I think the character of Tyrian Lannister in the story The Game of Thrones, is a literate metaphor of the Minotaur Complex. Finally, there are the crude and pornographic illustrations made by young artists in the form of what is called “hentai”. (I will not display any of these images or link to any sites), but what I at first found disturbing I realized was the same conflict within the minds of young “artists” to try to come to terms with their developing sexualities and intellects. The same dramatic dichotomy that has faced generations of people regarding nascent sexual urges in stark conflict with their intellectual understanding of gender roles, sexuality and societal standards. Viewed from a purely clinical point of view, these outwardly disturbing images are an interesting insight of what originally intrigued the ancient classical poets and artists. Man as sexual and violent animal, versus Man as intellectual and thoughtful citizen. This duality still rages today, and the Minotaur is there uncomfortably in our subconscious thrashing in the labyrinth of our minds threatening to escape.

Enjoy: Go Forth and Learn.


for more interpretations on the Minotaur Myth read:

A Gallery of Minotaur Art: 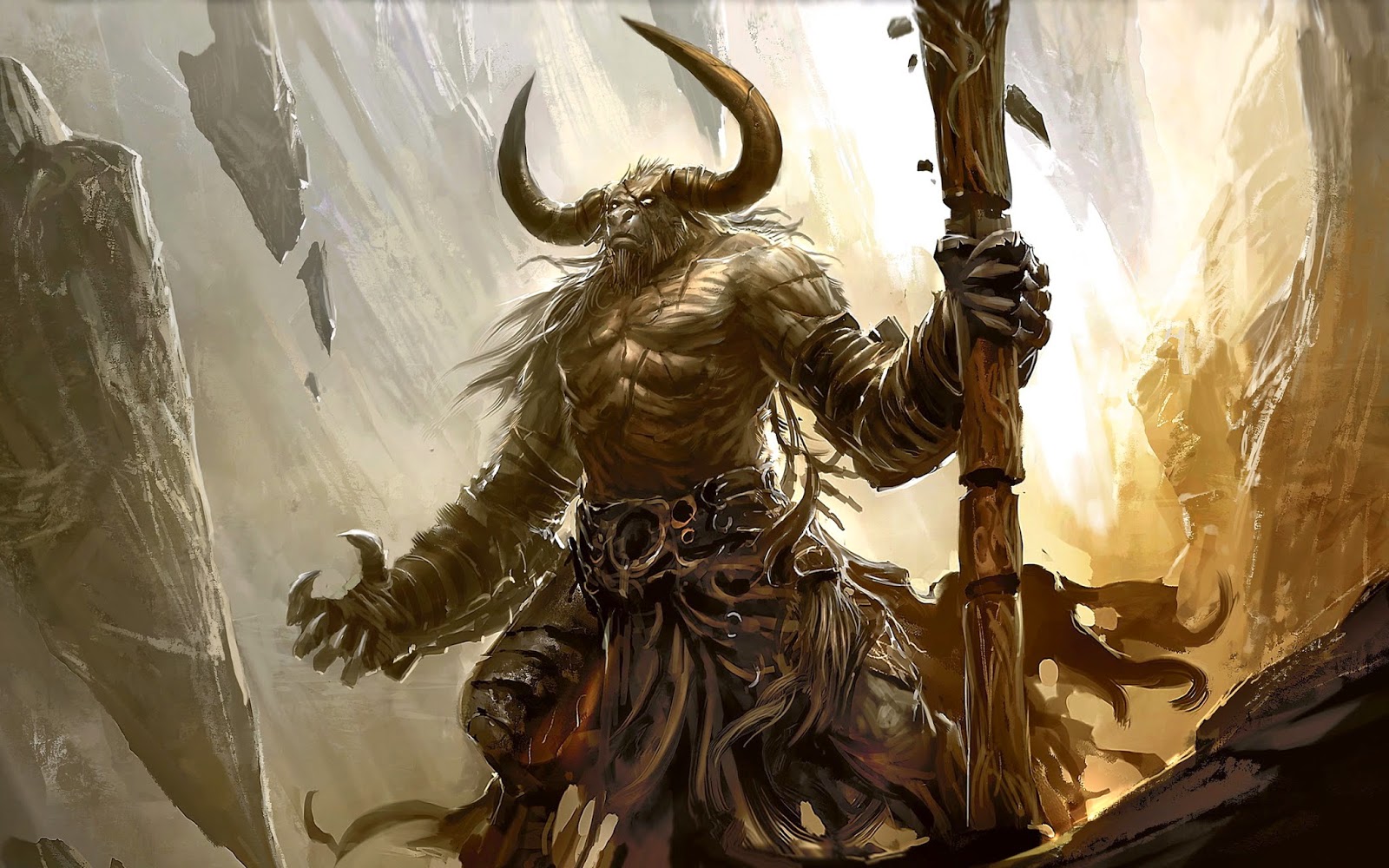 ©text William O'Connor 2014. All images used for educational and editorial purposes as per the Copyright Code of Fair Use.

Posted by William O'Connor at 7:37 PM