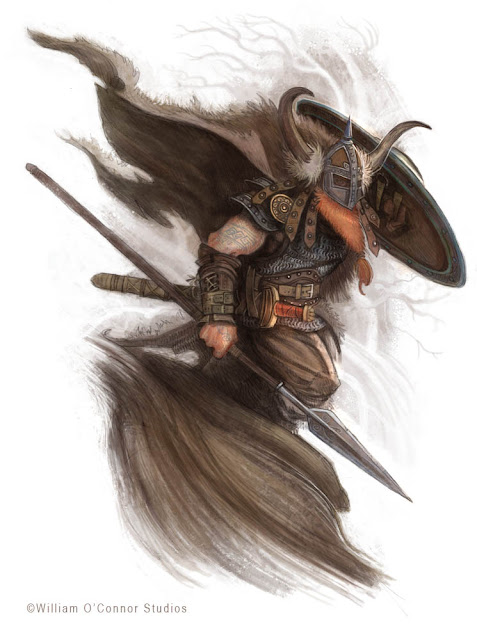 For this challenge I took a different approach than in the past.  I began with wanting to design a viking warrior with all the necessary kit of that iconic character.  Doing research for the historical accuracy of most of the weapons and armor, I decided to stray into the fantastical with the helmet giving this warrior impressive but fantastical horns. 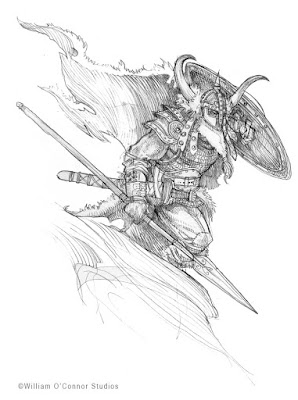 Posted by William O'Connor at 7:24 AM No comments: