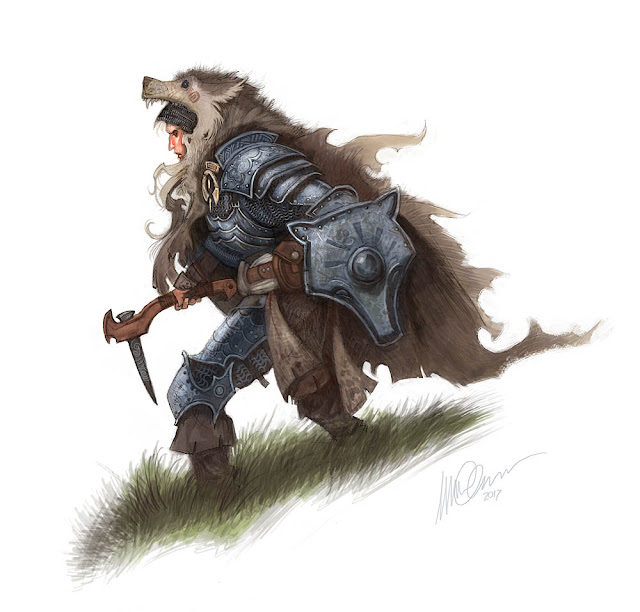 Another fun juxtaposition of elements I never would have come up with on my own.  The half elf is not a race that one commonly associates with barbarians, while plate mail and a pick is not the kit commonly used to arm this class either.  I was able to use the randomly generated motiff of the wolf as the unifying element both with the hide cape and small shield that would give the character a more tribal aesthetic, while the pick became more inspired by an American Indian war club rather than a European military pick. 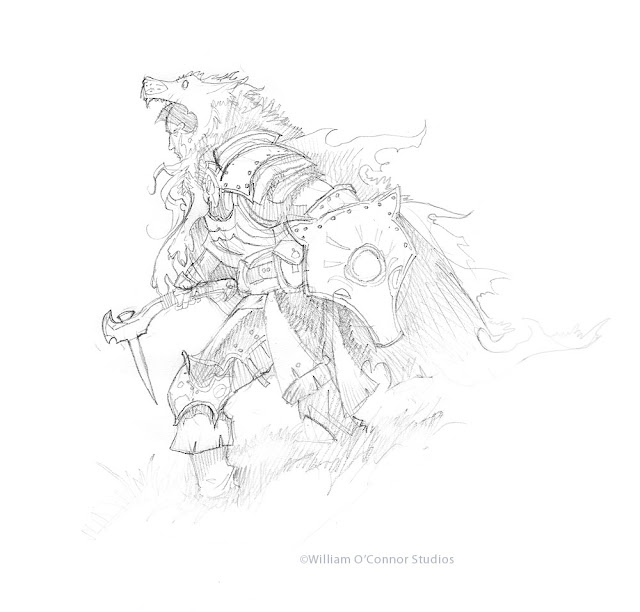 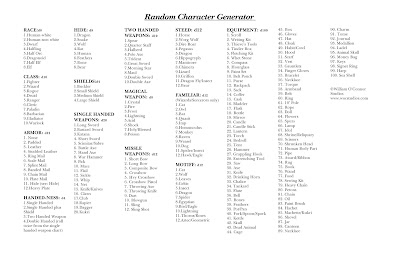 Posted by William O'Connor at 8:39 AM No comments: