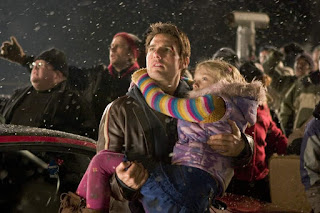 As millions dig out from the destruction of Hurricane Sandy, and begin to piece their world’s back together again, I am poignantly reminded of so many images that I’ve seen before.  Gas lines, food hoarding, a breakdown of the social order as the infrastructure of society goes out overnight.  As many heroic stories of first responders and life saving deeds are heralded, and the dark and awful stories of crime make it into the headlines, there are a million other stories, the stories of the day to day life that becomes the new Normal after a disaster.

I realized that these stories are the subject of an endless number of tales both contemporary and ancient that have been depicted in art for centuries, from Noah’s Arc, to the Decameron, to Road Warrior.  The stories of how fragile our social network is, and that we all live only one catastrophe away from loosing the fragile web of society that has been woven for millennia.  For most of these stories they were foretelling of some fictional future calamity such as the Second Coming or Nuclear Holocaust. 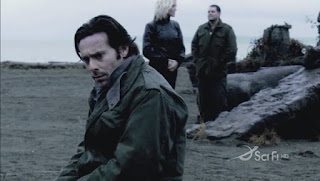 In the post 9/11 culture the concept of the Post Apocalypse Story was reinvented because we had all just lived through a horrible disaster.  Although 9/11 itself is rarely depicted metaphors for the sudden and horrific attack by an alien or outside force was dealt with in detail as the War on Terror was waged.  2005’s War of the Worlds starring Tom Cruise depicted in stark reality the impact of the destruction of our society would have raising issues of survival and responsibility to one’s morality over one’s family.  The award winning and critically acclaimed Battlestar Galactica which ran from 2004 until 2008 was another metaphor of all out war and destruction that placed the very fabric of society and morality into the crucible of the post apocalyptic world.

Today another type of post apocalyptic story runs through our culture as our disasters evolve.  Now it is not war or man-made (or alien-made) destruction that is wrought upon society but rather environmental disasters beyond our understanding or our control.  With Katrina in 2005 and the beginning of the Great Recession in 2008 our culture became threatened by mindless forces without reason or agenda.  The fear became not how to fight back, or to win, there was no way to win, the asteroid would not be diverted, the army wasn’t going to save the day, the bomb had already gone off.  Instead the story became how do we survive after?  How do we hold onto what is most important to us individually in a world where the future is unknowable and in the end, there is no safety net. 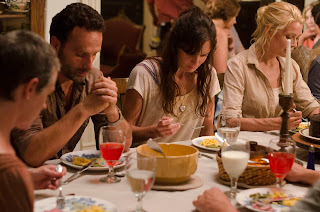 The popularity of shows like The Walking Dead premiering in 2010 and McCarthy’s 2006 novel The Road, are poignant commentaries of how we all try to survive in a world where randomness seems to be the only reliable constant in a culture where jobs, homes and whole seaboards can be wiped out without warning.  In the new post apocalyptic drama its not nuclear war or aliens or even zombies that threaten our survival, but  the creeping entropy of chaos that lurches ever closer to those we love.  In these stories we are able to explore what kind of people we want to be, and what kind of people we may become when the veneer of society is stripped away and we are left with the abyss of the unknown looming ahead of us, left to decide what is important.